Sport, strengthening health and developing physical skills, encourages teamwork, respect for the adversary, and discipline, among other things. To promote its importance is celebrated on April 6 of each year the International Day of Sport for Development and Peace.

Like all celebration dates, the day to celebrate sport has its history. Its origin lies in the inauguration of the first Olympic Games of the modern era, held on April 6, 1896, in Athens, Greece.

According to records, the first Olympic Games was celebrated in 776 BC, in Ancient Greece. The dynamics of those games were different from the Olympics we know today. These sports activities were held in honor of Zeus, God of Heaven. Those who came to Olympia, the city where the games were held, had to bring an animal and sacrifice it to honor Zeus. 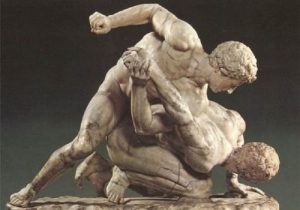 At that time, there were no prizes for second place. Women were not allowed to participate or witness the competitions. Men competed naked and were punished with a spanking if they cheated.

Another characteristic was that only men who speak Greek very well could compete. The first games consist only of a foot race of 185 or 190 meters. Later, longer runs, wrestling, the pentathlon, and discus and javelin throws were added.

As the years passed, the Olympia games became more popular and other sports such as long jump and wrestling were added. As well as boxing, chariot and horse racing with jockeys.

According to writings, among the most prominent players is Alexander the Great, who participated as a teenager in a chariot race.

In 393 AD, almost 12 centuries after the first Olympics, the last Olympic Games were held. With the adoption of Christianity as the official religion of the Roman Empire, Emperor Theodosius banned all pagan celebrations, including the Olympics.

These first games were held between April 6 and 15, in Athens, Greece, under the name of Games of the First Olympiad. Although there is a contradiction regarding the number of countries that competed at that time, the International Olympic Committee recognizes the participation of 14 countries. The inauguration was held at the Panathinaikó Stadium, where some 60,000 spectators gathered with the athletes on the field. King George I of Greece, his wife, and his children attended the event.

To commemorate this opening date of the Olympics, in 2013, the UN proclaimed April 6 as the International Day of Sport for Development and Peace. The objective is to make the population aware of the importance of sports and physical activity in health, education, inclusion, equality, and sustainable development.

For this reason, in almost all the countries, various activities are carried out that honor sport, such as races, marathons, and collective sports games. There are symposia, workshops, and talks related to sports and health: football, baseball, and gymnastics games, among other activities. In the same way, campaigns to promote sport and physical activity are very frequent.

Therefore, we can celebrate the International Day of Sport for Development and Peace, doing some physical activity at home and sharing it on social networks.