Theses dishes are part of the gastronomic diversity of Latin American and Caribbean Christmas foods In several countries in the region, it is customary to eat stuffed turkey for Christmas dinner, but it is also true that each country has its way of preparing it.

However, it is no secret to anyone that, in addition to turkey, each country in Latin America and the Caribbean has its typical Christmas and New Year dishes. In this post, we will review some of the most traditional Latin American and Caribbean Christmas foods.

Venezuelan Hallacas is one of the Christmas dishes that most highlight the diversity and delicacy of Latin America and the Caribbean. They are similar to a tamale because they are wrapped in banana leaves. Beef, chicken, pork, olives, capers, raisins, onion, and paprika are added to the dough, all chopped and mixed. In each province, a particular ingredient is added The combination of these ingredients gives the Hallacas a unique flavor that will make your mouth water. 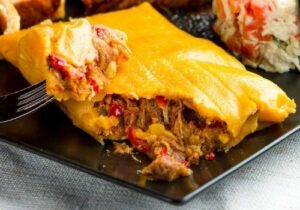 This dish is accompanied by hen salad and Pan de Jamón (ham bread) another traditional Venezuelan Christmas food. To close as dessert, the Christmas dinner ends with the tasting of the traditional lechoza (papaya) in syrup or the famous black cake.

Guajolote is the way they refer to turkey in some regions of Mexico. In fact, it is often stated that the tradition of eating turkey was born in Mexican territory in pre-Columbian times. Aztec culture ate guajolote during the winter solstice to celebrate a festival called Panketzaliztli in honor of the god Huitzilopochtli. The truth is that guajolote or turkey are never missing from Mexican tables during the Christmas festivities. 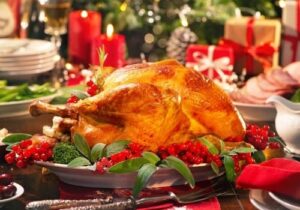 Turkey can usually be stuffed with different stews or bathed in sauces. Also added to the Mexican Christmas dinner are chicken or pork and chili sauce, cod, and, for dessert, the traditional buñuelos.

In Argentina, one of the most typical Christmas dishes is suckling pig. It can be stuffed or roasted. How they eat in the height of summer during the Christmas season, Argentines accompany the suckling pig with a cold salad. In addition, they usually eat a dish of European origin called Vitel Thone, which consists of very tender slices of meat accompanied by a tuna sauce with cream. 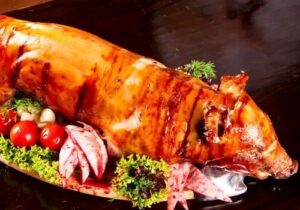 As a dessert, they can not miss the typical panettone and their popular drink mate.

In Colombia, as in many Latin American countries, the Christmas dish varies by region. In Bogotá, the Colombian capital, as well as other places in this South American country, the ajiaco from Santa Fe stands out as a Christmas dish. This dish is served with pastusa potatoes, creole potatoes, shredded chicken, corn on the cob, peas, onion, coriander and capers. In addition, it is accompanied with milk cream. Other dishes such as creole hen and tamale are also served. 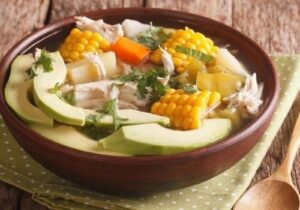 On the other hand, the buñuelo, the custard, and the puff pastry are the typical sweets accompanying the Christmas celebration.

Rice with beans, called congrí, is the traditional dish of Cuban Christmas; roast pork as aside. In addition, dinner includes a tomato, carrot, lettuce, cucumber salad; yucca, and plantain. 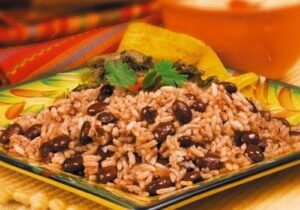 As for the Christmas desserts, the nougat, the pudding, the flan, and the torrejas are always present.

Cod is one of the most used fish in Christmas dinners in Brazil. The most common is the golden cod, served with French fries, onion, eggs, garlic, and parsley. They also eat stuffed turkey, marinated pork tenderloin, and rice. 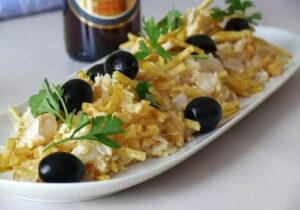 As a Christmas dessert, the torrijas and the panettone filled with brigadeiros stand out, one of the most traditional desserts in Brazil.

For Ecuadorians, the main Christmas dish is a turkey stuffed with minced chicken and pork, walnuts or almonds, bread soaked with milk, raisins, peas, and carrots. The turkey is usually accompanied by a Russian salad dressed with peach sauce. 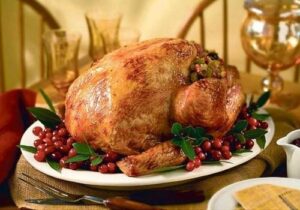 As for the typical sweets of the equatorial Christmas, there are the pristiños bathed with honey and rompope, a sweet drink based on milk, eggs, brandy, vanilla, and cinnamon.

In Puerto Rico, the typical Christmas dish is the famous green banana cakes, which like the Venezuelan Hallaca are wrapped in banana leaves. They are filled with meat, rice, and pork. This dish is a mix of 3 cultures: the local indigenous peoples, the Spanish, and the African slaves. It should be noted that, in many Puerto Rican homes, these cakes are usually eaten all year round. 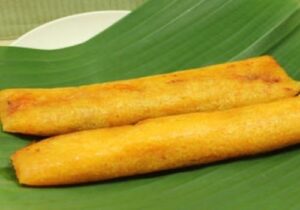 Bolivian Christmas is accompanied by the picana, a broth that contains beef, chicken, pork, and lamb. In addition, they add potatoes, peas, carrots, and other vegetables to this typical Christmas dish that undoubtedly gives it a unique flavor.

In Bolivia, dessert is usually left for the morning of the 25th when families taste a cup of hot chocolate for breakfast with a piece of panettone.

These are just some of the best known Latin American and Caribbean Christmas foods.